In recent years, the practice of yoga has gained popularity worldwide. This global recognition is evidenced by the United Nations General Assembly adopting 21st June as the International Day of Yoga. There is an increased awareness about the positive impact of yoga on one’s mental and physical health. Types of yoga include hatha yoga, Bikram yoga, hot yoga, yin yoga, vinyasa yoga, among others. More people are now opting for hot yoga. In addition to having the same benefits as traditional yoga such as improved strength, stress reduction and enhanced flexibility, hot yoga works the heart, lungs, and muscles more intensely. You may have recently come across information about hot yoga and you are considering taking it up. This article will highlight the bad and good of hot yoga and weigh them to show you why it is a good idea to embrace it. 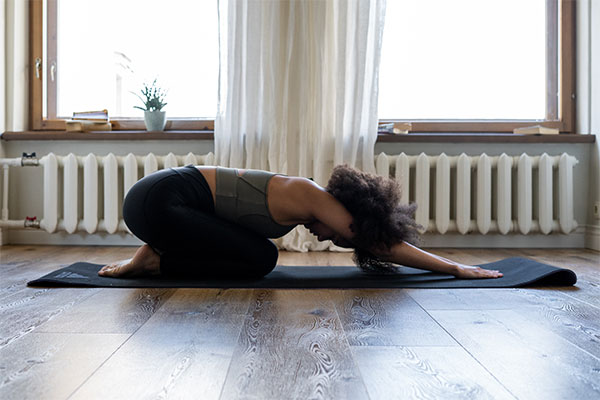 What is hot yoga?

Usually, the terms “hot yoga” and “Bikram yoga” are used interchangeably, but they’re actually two different concepts.
Bikram yoga is the most popular form of hot yoga. It was developed by controversial yogi Bikram Choudhury. Bikram yoga involves a fixed sequence of 26 postures, done in a room heated to 105°F (41°C) with 40 percent humidity. Choudhury explained that the need to mimic temperature conditions in India is the reason heating the room is necessary. The sessions typically last 90 minutes.
Hot yoga is simply any form yoga done in a room that is heated above normal room temperature. The yoga instructor is at liberty to set the temperature they think is best but it commonly ranges between 80°F and 100°F (27°C and 38°C). There are no set time restrictions.

Hot yoga has been shown to have many benefits. A heated environment pushes your body hence increasing strength and endurance. When done safely, correctly, and consistently, hot yoga has the following benefits:

According to Researchers at Colorado State University, a 90-minute Bikram yoga session can induce calorie burns as high as 330 for women and 460 for men. These numbers are higher compared to those seen in traditional yoga, about 170 calories per hour.

Studies have shown that after 8 weeks of regular Bikram yoga, participants gain greater flexibility in the shoulders, low back, and hamstrings, compared to control group. A heated environment, such as a hot yoga studio, enhances your muscles’ ability to stretch thus improving flexibility.

Reduced bone density, osteoporosis, is an issue that commonly affects postmenopausal women and older adults. In postmenopausal women it can be alleviated by taking artificial estrogen but the side effects are many. Yoga poses that place greater demand on particular limbs progressively build bone density in those limbs. The buildup is greater and faster when doing hot yoga.

A 2018 randomized control trial studied the effect of 16 weeks of Bikram yoga on self-efficacy, perceived stress, and health-related quality of life in sedentary and stressed adults. The results were telling indicating that there was an indisputable positive effect on all the parameters. If you take it up then chances are that you will also see reduction in stress, enhanced self-efficacy and better overall health and wellbeing.
The American Psychology Association (APA) recommends yoga as a means of reducing depressive symptoms.

Hot yoga significantly increases your heart rate, respiration rate, and metabolism. A 2014 study found that one session of hot yoga had the same effect on your heart rate as a brisk walk at 3.5 miles per hour. It also considerably helps reduce blood sugar levels. Consequently, it has a positive effect on your cardiovascular health.

Sweating, a lot of it, is inevitable in hot yoga. The sweating induces enhanced circulation in the skin bringing with it more nutrients and oxygen. The improved nourishment gives you a healthier skin.

Like most things in life, hot yoga is not wholly safe and beneficial. It has the following shortcomings:

Start Today
The benefits of hot yoga far outweigh the negative effects. If you are already doing regular yoga, take the step up and try hot yoga. Even if you have never tried yoga before, hot yoga will still positively impact your health and wellbeing. If you have pre-existing conditions like high blood pressure, diabetes, chronic kidney diseases, and other conditions, consult your physician first. Get started today and enjoy the benefits of hot yoga.

How to Get a 6 Pack? Best Exercises

How Do I Burn More Active Calories?